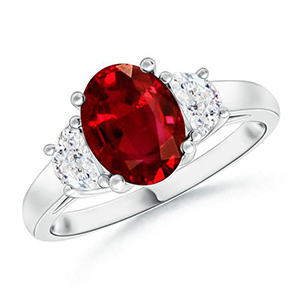 The Ruby has always been held in high regard since ancient civilization.

In Medieval times the Ruby was said to bring good health and prosperity. In Sanskrit the Ruby is called Nataraj, meaning; ‘King of Gems’, and believed to allow those who wore it to live in peace. Whatever your calling may be, the Ruby is a stone that has been sought out for centuries all over the world.